The melting pot of “Bratniak”
I slept at the lectures
Bishop or scientist
“Days” to work out
A swimming pool or a new conclave
> Publikacje JP2online> 1. Dzieciństwo i m...> Work and life bala...
Cardinal Wojtyła - descent from Kasprowy, early 1970s.
Drag timeline

Karol Wojtyła's departure for doctoral studies at the Angelicum University in Rome.

Wojtyła takes over the chair of ethics at the Faculty of Philosophy at the Catholic University of Lublin (KUL); from that moment he becomes a full-time employee of the university.

Election of Karol Wojtyła as the auxiliary bishop of Kraków

Decision of John Paul II to build a swimming pool at the Popes' summer residence in Castel Gandolfo.
“The life of a modern man is torn, he has excessive goals that draw him in, consuming and exhausting him. It is the tide of activity that lifts him, absorbs him...”
Priest Karol Wojtyła, Conference for physicians, Kraków, 11 April 1958.

The speaker knew what he was talking about. On at least two occasions he had gone through periods of overwork, inevitably involving weakness or even health disorders. His own experience made him aware of the importance to be attached to the balance between work and spirituality and active leisure, or the principle of good time management, today known as the work and life balance.
To speak of Karol Wojtyła as a workaholic may be surprising. He became known to us as an almost ideal example of an “integral man” for whom it was also important to develop the said balance or to organise his time well. It is enough to mention his contacts with the “environment” group - students in Kraków - involving numerous and systematic trips to canoe or hike in the mountains, which was not a standard among priests both in the post-war period and today. The priest's, later bishop's, activity at the social level (maintaining continuous contacts with the wide circle of friends) is almost legendary. His ability to prioritise his time - his pauses for prayer, contemplation, to calm down despite adverse conditions - was something he was known for and something he was able to surprise others with. There are accounts of this going back to his childhood, from his time in Wadowice, to the end of his pontificate. Despite all these skills, at least at the beginning of his activity as a priest and bishop, some crises occurred from which he had to draw conclusions for the future.

The melting pot of “Bratniak”

Just after the war, a short but important and extremely intensive stage in Karol Wojtyla's life was his activity in the “Bratniak”student association , to be precise, the Jagiellonian University Students' Fraternal Aid Society. It was established still in the times of the partitions. Before the war, in the 1930s, it was very popular among students. Its task was the charity work for poor students. The area of activity of the "Bratniak" after 1945 was enormous. Literally everything that was necessary for students at that time was obtained: from scripts to food ration cards, from allowances to living quarters.
At the Jagiellonian University, the guardian of this association since the pre-war times was Professor Stanisław Pigoń - known to Karol Wojtyla from his lectures at the Faculty of Polish Studies in the first year of his studies. After the reactivation of the association (April 1945), Professor Pigoń appointed students he knew to its board: Jan Deszcz from the Faculty of Medicine as chairman and Karol Wojtyła from the Faculty of Theology as his deputy. His secretary was another student of theology, Andrzej Deskur, the friend of the future Pope for the rest of his life.
Karol Wojtyla was then studying in his third and fourth year. He held his position until May 1946. It was a job in which he committed himself wholeheartedly. Board meetings lasted for hours, usually from five in the afternoon until midnight. In the same period, already as a fourth year student, he was additionally employed as a junior assistant at the Faculty of Theology of the Jagiellonian University. He combined his studies with didactic work at the Jagiellonian University and quite intensive charity work in the “Bratniak”.
Priest Marian Traczyński, who was also a member of the “Bratniak” board, recalled this period in the following way: “From the very beginning he [Wojtyła] enjoyed a great authority in the Board. He spoke very often at the Board meetings and took many initiatives. His voice was important in the programming of work, in the distribution of American parcels, in the allocation of housing, etc.” (Priest Adam Boniecki, Calendar of the Life of Karol Wojtyła).
This activity took up an exceptionally high volume of time, which unfortunately had to take its toll on study quality and health. The testimony of his seminarian colleague, priest  Franciszek Konieczny, regarding Wojtyła's behaviour during classes with Professor  Ignacy Różycki is significant:
“(...) after asking (he acted then as the last resort), the seminarian Wojtyła, while in his fourth year, apologised Priest Różycki: »Please do not examine me today, I am indisposed. I did not sleep today.  I attended a meeting of the Bratniak Board which lasted until the morning«” (Priest Adam Boniecki, Calendar of the Life of Karol Wojtyła).

I slept at the lectures

Even as John Paul II, he recalled this period years later: “Today I would not have finished the seminary. I was a seminarian, in a cassock, coming back after midnight, and Prince Cardinal [Adam Sapieha - editor's note] tolerated it. Today they would have excluded me from the seminary. I was sleep-deprived after those meetings and I slept during lectures” (W. Mańkowska, J. Zienkowski, Sun and Weather, “Against the Wind” [Pod Wiatr] 1991, no. 1).

A similar story from this period mentioned by Priest Kazimierz Suder suggesting exhaustion and temporary memory impairment in a rather embarrassing, since prestigious, situation: “At the academy on the occasion of the cardinal nomination of the Metropolitan Prince (18 February 1946) [Karol Wojtyła] recites the Sermon on the Love of the Homeland by Priest Kajsiewicz. Colleagues recall how, while reciting, he »got stuck« - he forgot the continuation of the text. After a moment of rather long silence, he began to recite” (Priest Adam Boniecki, Calendar of the Life of Karol Wojtyła).
Fortunately for Wojtyła, this period ended rather quickly - with his accelerated ordination and departure for prestigious studies in Rome at the Papal Angelicum University. Compared to the “melting pot” of Kraków, it was a real holiday for the future Pope - the cessation of social activities and work and the focus on his studies.

Another well-known moment of Karol Wojtyła's “overheating” was the period shortly after his appointment as the auxiliary bishop in 1958. It was a great challenge for a young lecturer from the Catholic University of Lublin who led the Chair of Ethics at the Faculty of Philosophy of the Catholic University of Lublin since 1956 and, as a full-time employee of the university, was very much involved in academic work with students. As it soon turned out, it was not negligible for his health.
The appointment as the auxiliary bishop in such an important archdiocese as Kraków interfered with his previous teaching duties and the continuation of his academic work in Lublin. Even moving between Kraków and Lublin had so far been tiring and time-consuming, and now it became a serious problem. Especially that the nominee who was dynamically engaged in his new responsibilities of managing the archdiocese, did not think of giving up his teaching.
The reduction of his workload at the Catholic University of Lublin to half-time or attempts to move some of his lectures and seminars to Kraków did not help much. Overwork resulted mainly in immunosuppression and chronic viral infections. In March 1959, the physician from Kraków, Stanisław Kownacki, called to see Bishop Wojtyła, who had been ill for many days, diagnosed mononucleosis - a viral infection causing chronic headaches, sore throat, high temperature and a feeling of constant fatigue. The condition for improvement was not just a treatment with medication, but above all a change in lifestyle.

“Days” to work out

Sister Teresa Batogowska, a nun from Jaszczurówki in Zakopane, recalled the so-called days of bishop Wojtyła, i.e. periods of balancing work ordered by doctors: “He always used to arrive on 1 January - it was the rule. After the celebration of the New Year's Mass at the Sanctuary of St Francis in Cracow, he would leave us on 6 January directly for the celebration at the Wawel Hill. And then he would drop in as his classes and time permitted. For three days, two days, sometimes for one day, in order to complete, as he used to call it, his so-called days, i. e. fourteen days spent in motion by skiing, since this was what the Cardinal was advised to do by his doctors for health reasons. And it was when he was coming back that he always said as a consolation: »Well I have come to complete my days«” (memories of sister Teresa Batogowska, jp2online.pl).
It must be admitted that Bishop Wojtyla did not have to be persuaded long for this type of treatment. He was known for his passion for skiing, mountain hiking and canoeing. He treated physical exercise and fresh air, among others, as a way of contemplation or an evangelisation method and now he gained an additional argument - the recovery rest necessary for health.

A swimming pool or a new conclave

These two cases described above may not be exhaustive, but they are quite significant for the subsequent practice of life of the archbishop, the cardinal or Pope John Paul II. They show and confirm the well-known truth that passion, enthusiasm and best intentions are not sufficient to maintain efficiency and effectiveness. For this mechanism to work well, a balance is needed.
The story from the beginning of the pontificate of the Polish Pope may serve as a memento, when the news leaked to the media that the new pope wanted to build a swimming pool in his summer residence in Castel Gandolfo. Insiders had no doubt that it was the implementation of doctors' recommendations - systematic physical exercise as a counterbalance to the planned intensive intellectual work of the head of the Church. However, outsiders were astonished and even a little shocked. It is hard to imagine the pope in swimming trunks swimming between morning prayers and meetings with the faithful. Besides, a swimming pool in a mansion is associated with luxury. There were even attempts by paparazzi to publish photographs of the swimming Church leader (not without political and international inspirations with the Soviet embassy in the background). As the director of the Papal villa complex, Saverio Petrillo later recalled, “The Pope responded to this criticism with his innate sense of humour: »A new conclave would cost more than this swimming pool«”. 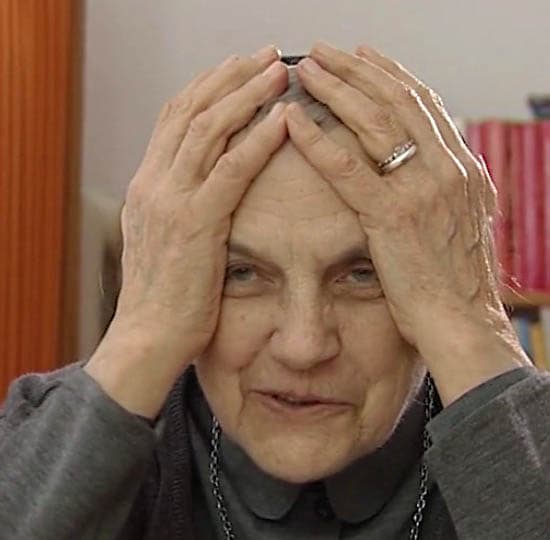 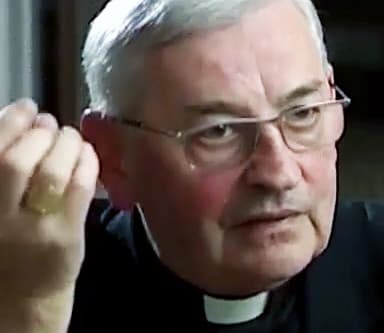 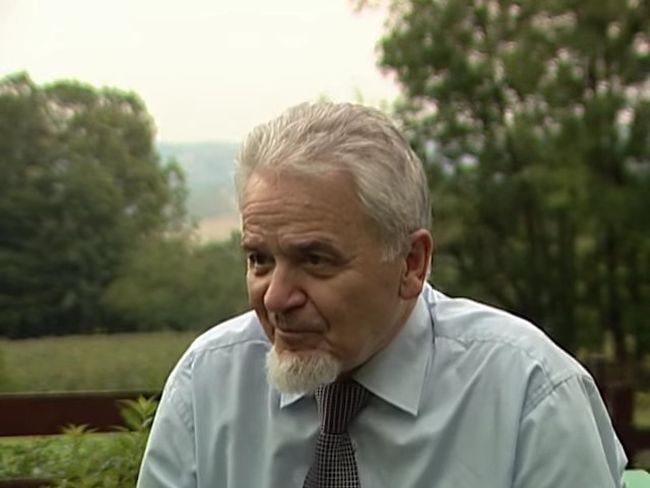