Karol's mother was a daughter of Feliks Kaczorowski and Maria Szolc. Feliks was saddler - he repaired saddles and various parts of horse harnesses and ran a factory where he sold carriages. Emilia graduated from educational institutions run by nuns (Daughters of God's Love): a 4-class folk school, and then probably a 4-year old faculty school. When Emilia was 13 her mother died. From that moment she was brought up by her father's second wife - Anna. Emilia had a total of 12 siblings (including half-siblings), but several of them died in childhood.
Father of Pope John Paul II, military by profession. He came from a family of craftsmen from the village of Czaniec. His parents were Maciej Wojtyła - a tailor by profession and Anna Marianna Przeczek. After compulsory service in the Austro-Hungarian army, he remained in it as a professional soldier. While stationing in Krakow, he met Emilia.The couple in love got married in 1906 in the then garrison church of Saints Peter and Paul in Krakow at Grodzka Street. Soon their first son, Edmund, was born.
In 1913 Karol began his service in Wadowice, where the whole family moved. At the beginning of World War I, the Wojtyła family was evacuated. They stayed in Hranice in Moravia for a year. After returning to Wadowice, they settled in a two-room apartment in a tenement house belonging to the Jewish merchant Chiela Bałamuth at the market square (now it houses the Family Home Museum of John Paul II). Water had to be carried from the well.The windows of their house looked out on the side wall of the church and a clock with the inscription: "Time is running, eternity awaits." Karol senior - lieutenant of the Polish Army - worked in the District Supplementary Military Command in Wadowice, i.e. in the military administration. Emilia took care of the house.
In 1916, the second child of Emilia and Karol - daughter Olga, died shortly after birth.

Karol was the third child of Karol and Emilia Wojtyła. He was born when disturbing news of the Bolshevik offensive approaching Warsaw and Lviv began to reach from the Ukrainian-Belarusian front. He was named after Charles Habsburg - the last ruler of the imperial-royal Austro-Hungarian Empire (Beatified by Pope John Paul II in 2004). Emilia gave birth to him at the age of 35; when Edmund was almost 14 years old. The birth took place at home, as was the custom at the time. A little over a month later he was baptised in the parish church in Wadowice (currently the Basilica of the Presentation of the Blessed Virgin Mary).
Emilia was in poor health, and at some point she could no longer walk. Her husband looked after her carefully and took over her household chores. When Lolek was nine years old, his mother died of myocarditis. After his wife's funeral, Karol senior took his sons to the Marian Shrine in Kalwaria Zebrzydowska, to which the future pope often returned. Through this pilgrimage with his sons, he probably wanted to show them that they would seek protection from the Mother of God when they no longer have an earthly mother.
As a boy, Karol attended an orphanage (kindergarten) of the Nazareth Sisters. At the age of six, he enrolled in a four-year men's primary school. There were as many as 60 boys in the first class. After graduating with honors from elementary school, in September 1930 he enrolled in the eight-grade State Junior High School. Marcin Wadowita. It was a men's school with a classic profile - i.e. students learned the classical languages: Latin and Greek, as well as the culture of ancient Greece and Rome. At school, he had friends of Jewish descent, including Jerzy Kluger, who later lived in Rome. 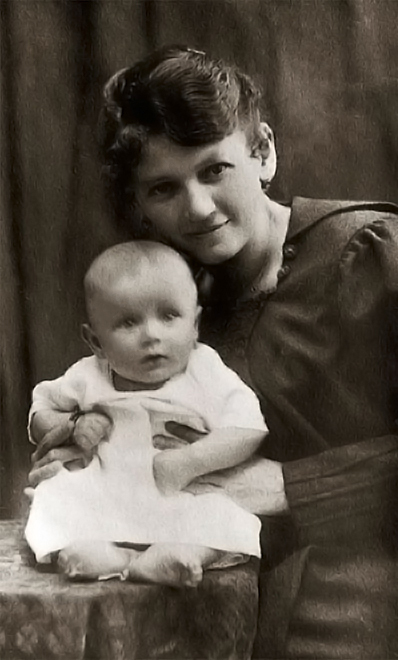 Emilia was in poor health. Due to chronic diseases she suffered from paresis of limbs. In 1927, the father of the future pope, already in the rank of captain, resigned from military service because of Emilia's deteriorating health. He nursed his bed-ridden wife, looked after the house and children. There are known reports about how her husband carried her every day on his hands to the inner gallery of the tenement house, so that she could get some fresh air. Emilia died at the age of 45 as a result of acute myocarditis a month before the First Communion of her 9-year-old son Lolek.

In the Wojtyła family home, the memory of his mother was cherished, for instance, by treating the lounge where she passed away as a home chapel.

At the age of 19 Karol Wojtyła wrote a poem dedicated to his Mother.

After the death of Wojtyła's wife, the senior did not remarry; he often visited, together with his younger son, a dinery run by Maria Banaś. His relative Maria Pukłowa helped him raise Karol. Lolek's relationship with his father was very strong.  As his classmate Antoni Bohdanowicz reports, Karol Wojtyła's friend was his father. He took his son on mountain expeditions, infecting him with a tourist passion, played football with him, taught him piety.
This is how John Paul II remembered his father: "A father who knew how to demand from himself, in a sense, he no longer had to demand anything from his son. Looking at him, I learned that you have to set your own requirements and comply with your own obligations "(A. Frossard," Do not be afraid. "Conversations with John Paul II).
In another passage he wrote: "I could watch his life every day, which was a harsh life. He was a military man by profession, and when he was widowed, it became even more a life of constant prayer. Sometimes I used to wake up at night and found my father on his knees, like I have always seen him praying on his knees in the parish church. We have never talked about priesthood calling, but this example of my father was some first home seminary "(John Paul II, Gift and Mystery).

When Edmund was 14 years old his younger brother – Karol - was born. Edmund instilled in him a passion for sport, especially football. He played in the football team as a goalkeeper and took Lolek with him to matches. When little Karol was 4 years old, Edmund went to Krakow to study medicine at the Jagiellonian University. He was visiting his family on Sundays and during the holidays. He used to spend this time hiking in the mountains. 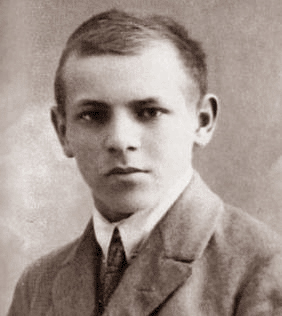 After graduation, he started working as a doctor in a hospital in Bielsko (about 36 km from Wadowice). Eleven-year-old Karol often visited his older brother. Together with his brother they organised a theatre for patients. Information about the relationship with Jadwiga Urbanówna survived to this day, although it is not known whether they were officially engaged.
After only one and a half years of work, he caught scarlet fever from a young patient. The disease led to his death within a few days. Information about his death echoed throughout Bielsko at the time and the heroic attitude was described in the local press. A following resolution of the City Council is also known:
"On December 4 this year he died after a serious, though lasting only 4 days, illness called severe septic sclerosis, the secondary doctor of the Universal City Hospital of Dr. Edmund Wojtyła. He acquired this deadly disease at the hospital bed of a seriously ill patient with sclerosis, whom he wanted to free from the clutches of death, but to no avail. He paid for his generosity and extraordinary duty with his young life. (...) Honor to his memory!"
(From the minutes of meetings of the Bielsko City Council)

Wadowice of those years

Wadowice is located in southern Poland, 50 km southwest of Krakow, on the Skawa River. Before Poland regained its independence, it belonged to the Austrian partition. It was then a thriving city of 10,000, with a court, District Authority Office, prison, two important factories and four gymnasiums. The 12th Infantry Regiment was stationed there.
A significant part of the population of Wadowice was Jewish. Jews were well assimilated with other residents, they were often involved in trade, and jewish children were attending public schools.
Places in Wadowice mentioned by pope John Paul II:
The Wojtyła family's apartment
"This house, the house where I lived belonged to Mr. Chaim Bałamuth. I don't know what happened to him. I think he's dead. I know that the Jews of Wadowice have gone through hard trials. "
John Paul II, Wadowice, 16 June 1999.


Parish Church of the Presentation of the Blessed Virgin Mary
When in thought I look back over the long path of my life, I reflect on how the surroundings, the parish and my family brought me to the baptismal font of the church of Wadowice, where I was, given on 20 June 1920 the grace to become a son of God, together with faith in my Redeemer.
John Paul II, Wadowice, June 7, 1979.

Monastery of the Discalced Carmelites
"I've known the Discalced Carmelites since I was a child. I was born - as you probably know - in Wadowice, where your monastery is located, famous because for some time its prior was the servant of God Father Rafał Kalinowski. "
John Paul II, Rome, April 22, 1979.
"Sokół" Gymnastic Society
“Then I was admitted to junior high school, and after school I was regularly visiting " Sokół " for gymnastics classes. We also went to "Sokół" to watch the theatrical performances”
(Speech, Wadowice June 16, 1999)

Military Barracks of the 12th Infantry Regiment
"Before the war, there was also an excellent orchestra of the 12th infantry regiment, the fact which is certainly not known to the younger generation. But we - the elders – remember it very well: Regiment of Wadowice Land. "
John Paul II, Wadowice, 7.06.1979.

Synagogue
"I have a vivid memory of the Jews going on Saturday day to the synagogue, which was in the back room of our junior high school. Both religious groups, Catholics and Jews, were united by the awareness that they were praying to the same God."
John Paul II, Crossing the threshold of hope