Medical studies at the Jagiellonian University in Krakow

Obtaining promotion for Doctor of Medical Sciences at Jagiellonian University

Death in the municipal hospital in Bielsko

On 28 May 1930, less than two weeks after his tenth birthday, Karol Wojtyła and his father came to Krakow from Wadowice. On that day at the Collegium Maius of the Jagiellonian University there was a doctoral promotion of Edmund Wojtyla, who graduated from the Faculty of Medicine. That day was deeply remembered by Karol. When, after more than half a century, he returned to the same place as Pope to receive an honorary diploma, he recalled that event. It was one of few memories about his brother that the Pope shared in public .
Edmund was born at the end of August 1906 in Krakow, which was then part of the Austro-Hungarian partition. He was the first child of Emilia and Karol Wojtyła who married in February 1906 in the then garrison church of Saints Peter and Paul in Krakow. The photographs that have been preserved show a cheerful boy with a slightly wacky outlook. Edmund spent his early childhood in Cracow. However, the Wojtyls did not have their own apartment there and for that reason they moved several times. His mother took care of the house, his father, a military man, worked in the Emperor Franz Joseph's barracks, where the 56th Galician Infantry Regiment, to which he belonged, was stationed.
Edmund began his education in Cracow, but in 1913 Karol senior was relocated to work in the regiment's office in Wadowice and it was there that Edmund started his second form. The school certificates that have been preserved show that he was a gifted child with the recognition of teachers for his "glorious behaviour" and „perseverence and diligence". He received very good grades from Polish, German, singing and religion. The outbreak of the First World War and the changing situation at the front resulted in evacuation of the army to Hranice in Moravia. Karol senior could take his wife and son with him: Edmund was admitted to school there and graduated third grade. When the situation on the front calmed down, the Wojtylas returned to Wadowice.
After finishing primary school, his father decided to send Edmund to the military cadet school in Enns, a town in Lower Austria. The lower real school had a good reputation, and its completion gave access to the Austrian military high school. Perhaps that is how the father wanted to secure his son's future. The collapse of the Austrian monarchy and creation of a reborn Polish state changed the situation completely. After two years, Edmund returned to Wadowice, to an independent homeland.  He had to supplement Latin and Greek in order to be admitted to the third grade of the gymnasium, but he quickly made up for the missing knowledge and from the new year onwards changed the Cadet Austrian uniform into a Polish gymnasium outfit.

Edmund was fourteen when in 1920 his little brother, Karol, was born. Four years earlier, his sister Olga passed away just after she was born. Edmund often took care of his brother on his own, he also helped his mother to carry a pram from the first floor of the house at 7 Kościelna Street, where they rented an apartment. There is no doubt that Edmund had a great influence on Karol, especially in his early years, when he was still in his family home. Although his father, Karol senior, was an able-bodied man and his sons' fellows admired him for his endurance while bathing in the icy current of the Skawa River, it was probably thanks to Edmund that Karol caught a sports bug. "Edmund played sports, mainly tennis, chess and bridge," recalled Wojtyła's neighbour years later. He was a goalkeeper in the team of the "Skawa I" sports club, where he played friendly matches with local teams, including those from nearby Zator. The venue for Saturday afternoons was a wide membrane located on the Skawa River, and gymnasium caps were used to set goals. He used to take a few-year-old Karol to the games - there is a photo preserved, where Edmund with his younger brother at his feet is posing for a group photo of the team.
On June 12, 1924, Edmund passed his high school leaving exam and left for Cracow. Already in high school he showed an aptitude for sciences. He was also seen as a community worker, willing to sacrifice himself for others. The choice of Medicine therefore seemed natural. However, high tuition fees were beyond the family's capabilities. That is why, from the first year of his studies, he applied for a deferment of payment and every year the request was accepted, which allowed him to continue his studies. On free Sundays he would come home from Krakow, he would also spend his holidays in Wadowice and take up mountain trips. Their destination was not only the Beskid peaks of Klimczok or Babia Góra, but also the Tatra Mountains, Morskie Oko and even Rysy.
Fellow students remembered Edmund's outstanding intelligence and concentration. There is a recollection of a school friend from the year which shows well the abilities of young Wojtyla. Medical exams were held in public in a room filled with students. The head of the department, an eminent doctor Maksymilian Rutkowski, known for his severity in his approach to students, conducted examinations in surgery. Yet, such thorough, even on point were Edmund’s answers that he deserved not only the highest grade, but to the surprise of all those present, public praise from the examiner. In May 1930, Edmund was one of the first students of his year to pass the final exams and receive a diploma with the title "Doctor of All Medical Sciences".

Edmund's high school friend Janina Urbanówna, called by her friends Janka, also took part in student excursions to the mountains during his final years of studies. She was one of the so-called prywatystka (no English translation - translator’s note) , which means the first girls who had the right to attend lessons and classes in men's schools. It was probably thanks to her that Edmund met her two years younger sister Jadwiga. It is not known whether they were officially engaged or perhaps Edmund was then meaning to propose to her. A few photographs of Edmund and Jadwiga, which made it through until today, including those from mountain expeditions to the Beskids, are proof of an exceptional character of their relationship. They wrote letters to each other and Edmund visited her in her family home, where he was called "Ekuś".
After a short internship in Kraków and Wadowice, Edmund was employed in a city hospital in Bielsko. The position of second-in-command, to which he was appointed, corresponded to the position of Assistant today. Edmund's advantage, apart from his medical diploma with honors, was also fluency in German. More than a half of Bielsko's inhabitants were German-speaking, also doctors from Germany worked in the hospital with Wojtyla. Although he was very young, he gained respect from his older colleagues and enjoyed the friendship of both patients and superiors. Eleven-year-old Karol often visited his older brother in Bielsko and the boy was a favourite of those working in the hospital as nurses of the Evangelical deacons. Together with his brother he prepared a theatrical performance for the sick.

Doctor till the very end

The life Edmund had just entered was suddenly interrupted in the late 1932. After only a year and a half of work, he contracted scarlet fever from a young patient. The disease took him away within a few days.  Edmund died on the Sunday evening of 4 December 1930. The sudden, tragic death of the young doctor was reflected in a loud echo in the press.
"Illustrated Daily Courier" reported on December, 11th: "10 days ago, he spent the night with a seriously ill with scarlatina, whom he wanted to snatch from the clutches of death (...). He was an excellent doctor and a valuable man, leaving behind a sincere grief of those who knew the uncommon qualities of his mind and heart". The funeral at the Bielsko Cemetery gathered dozens of the residents of the city, headed by the mayor, the starost and representatives of the local society, both Polish and German. Doctor Stanisław Brűckner, in his coffin speech, called Edmund "The martyr of his young life". Those gathered at his funeral had no doubt that Edmund, as fellow doctors wrote in the obituary, "sacrificed his young life to suffering humanity. Twelve-year-old Karol, who had lost his mother three years before his First Communion, deeply survived his brother's death. Years later, on the occasion of naming the Bielsko Hospital after Edmund, the Pope wrote about his brother: "His premature passing away was deeply engraved in my heart."
Along with his parents, catechist Fr Kazimierz Figlewicz, and a theatre teacher Mieczysław Kotlarczyk, Edmund was one of the people who had the greatest influence on young Karol Wojtyła. There is no doubt that his older brother, despite his premature death, was a mentor and a guide for him. This shows that the sources of greatness and perhaps even the sanctity of Karol Wojtyła should be sought in the life and examples of people close to him, among whom Edmund certainly held a special place.

Mateusz Zimny, historian, translator and guide
The author is working on the biography of Edmund Wojtyła.
The article was published in "wSieci Historii" magazine, May-June 2020. 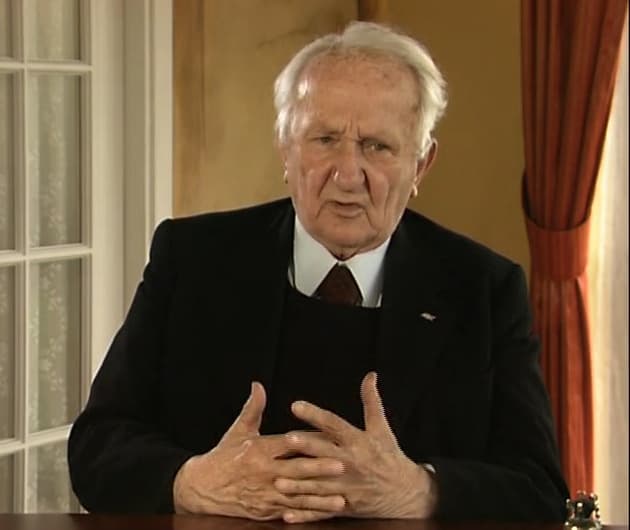