Publication of the Apostolic Letter on Suffering, "Salvifici Doloris".

John Paul II was admitted to the hospital after an acute respiratory failure caused by inflammation of the larynx and trachea.

After the inflammation subsided, John Paul II left the hospital.

There was another acute respiratory failure. John Paul II returned to the Gemelli Polyclinic.

The Pope decided to go back to the Apostolic Palace. In the evening, he returned to his apartment, where he received intensive medical care.

The Paschal Triduum. On Good Friday, during the Way of the Cross in the Colosseum, John Paul II's message was read out. Thanks to the broadcast from the Pope's private chapel, the faithful could watch John Paul II watching the service on television. On Resurrection Sunday, the Holy Father blessed the faithful from the window, but he failed to say anything to them despite his efforts.

Around 11 a.m. John Paul II had a sudden fever and cardiovascular collapse.

In his message to the Way of the Cross on Good Friday 2005, John Paul II recalled the words of St. Paul: "In my flesh, I complete what is lacking in Christ's afflictions for the sake of his body, that is, the Church". These words also open the Apostolic letter "Salvifici Doloris" (Latin for "redemptive suffering"), issued on February 11, 1984, in which the Pope tried to answer the question about the cause and purpose of suffering. After the attempt on his life in 1981, which caused him great pain and forced him to undergo a long period of recovery in the hospital, the Pope still amazed the world with his vitality during countless meetings, services, and speeches. Twenty years later, while he continued to hold his office despite his crippling illness, he affirmed the correspondence between his words and deeds.
In "Salvifici Doloris", John Paul II dares to touch - as he wrote - "what appears in every man so intangible: for man, in his suffering, remains an intangible mystery".
For many observers of the last years of his life, it seemed shameful that the "intangible mystery" of human suffering, whose nature demanded privacy, was broadcast worldwide by hundreds of television stations. John Paul II - hunched, unable to stand on his own, with a trembling hand and a stiff face - decided, however, to provoke others to touch this mystery with his activity. In September 2003, in Slovakia, the Pope's speech turned into a jumble of incomprehensible sounds; saliva was dripping from his mouth. The weakened Holy Father had to be placed in the popemobile. In August 2004, in Lourdes, he interrupted his homily with a dramatic call for help, and the liturgy was interrupted by him sighing heavily "Jesus Christ". The world wondered what this was supposed to do. The voices of people saying that the Pope should resign due to poor health grew louder.

A Question of Meaning

The question of abdication was repeated more and more often in the winter of 2005. On February 1, Wojtyła had an acute respiratory failure. Inflammation of the trachea and larynx led to breathing difficulties, and his associates feared possible suffocation. The Pope was admitted to the Gemelli Polyclinic in Rome. On February 6, he showed up at the hospital window. Only odd bits of words could be understood from his blessing. He only regained his ability to speak for a moment - on February 24, he was hospitalized again after another acute failure. Doctors said the only solution was a tracheotomy: a procedure to cut open the trachea and insert a tube into the airways that allows breathing but making it very difficult to speak. The Pope agreed to the procedure. From then on, until his death, he would not be able to speak any long sentences. When he appeared in the window of the Apostolic Palace, he was sometimes able to say a few sentences but often had to limit himself to gestures only. On Easter Sunday, March 27, when he was trying to address the crowd at St. Peter's Square, he only managed to whisper the words "I cannot speak". He seemed to doubt the sense of further service: "It would be better that I die if I cannot fulfill the mission entrusted to me," said to his secretary, Archbishop Stanisław Dziwisz.
Suffering "requires (...) basic questions be asked about it and the answers sought," wrote John Paul II in "Salvifici Doloris". The illness forced him to face these radical questions again, and at the same time, it asked the whole world the same.

The Holy Father's document on suffering gives several answers to the question about the meaning of suffering. The first is: "Suffering [...] is always a trial," in which "the great dignity of man is strikingly confirmed". The Pope taught in Salvifici Doloris to abandon the passive attitude towards suffering. For him, it was "a call to the virtue" to "rebuild goodness in the subject who suffers". The natural reaction to suffering is that a person refuses to suffer. Still, the effect of actively embracing suffering may be the development of the virtue of perseverance that gives man dignity - the conviction that "suffering will not get the better of him."
Observing John Paul II in the last months of his life, one could see the struggle for the virtue of perseverance. There was no lack of human qualities in the Pope's enduring his disease. His closest associates sometimes saw his despondency and anger. Papal secretary, Fr. Mieczysław Mokrzycki, recalled the Pope's complaining. The faithful at St. Peter's Square and the television viewers saw his angry hand slap on the chair when it was impossible to speak to the crowd. During the mass mentioned above in Lourdes, he interrupted the liturgy with a cry, "I must endure to the end!" He continued his apostolic ministry in the same way until his death, though he seemed unable to perform it.

A Call for Solidarity

Unexpectedly, the silent suffering of John Paul II turned out to be in some respects a better way of running the Church than all the others. Admittedly, many administrative matters had to be postponed or handled by the Pope in a cursory manner, but the Pope's teaching function was effectively performed. His illness turned the eyes of the entire world on him. This is another meaning that John Paul II saw in suffering. In "Salvifici Doloris," he wrote that it contains within itself "a singular challenge to communion and solidarity". Suffering can cause another person to stop and see another person's suffering, not because of curiosity, but because of being moved by someone else's misfortune and being ready to help.
The Pope's dying became the most outstanding media event of all time. The schedules of all the world's televisions were filled with programs and broadcasts about one sick old man; hundreds of millions watched his passing away with bated breath. For some, it was just a media spectacle, but it seems that most of those who watched were sincerely sympathetic. Hundreds of thousands of people gathered in the squares of Rome, Poland, Mexico, and the Philippines. They could stand there all night, offering the only help they could: their prayers. The shared experience of the Pope's dying inspired solidarity not only with the dying person but also with other people. Poles watched with disbelief - admittedly short-lived - reconciliation between hooligans of different teams and politicians. Suffering is there - the Holy Father wrote - to "unleash love in the human person".

The Elevation of Suffering

Exercising virtue and inspiring solidarity can be understood and accepted as the meaning of suffering by believing Christians and non-believers or those of other religions. For John Paul II, the full meaning of suffering was shown to man only by Jesus, and only the Christian faith allows one to truly understand suffering. According to this faith, God became man and saved the world from sin through His human suffering. According to the Pauline epistles, man can combine his sufferings with the suffering of Jesus on the cross and offer them for the Church: the purpose of suffering is that "you will be counted worthy of the kingdom of God, for which you are suffering".
It was a fundamental perspective to John Paul II in his understanding of suffering. Eight days before his death, on Good Friday, his message was delivered that went: "And I also offer my sufferings, so that God's plan may be fulfilled, and His word may last among the peoples." During his departure in peace at the Apostolic Palace, he was accompanied by a copy of the painting "Ecce homo" by Adam Chmielowski, which depicts the figure of Jesus exposed to public view after being scourged and mocked by soldiers.
The Pope tried to identify with the martyred Jesus, but according to the reports of the visitors, his cheerfulness did not forsake him. Shortly before his death, the later unconfirmed news spread that he had handed over to his associates a piece of paper with the words "I'm joyful. You should be too". In "Salvifici Doloris," he also taught about this joy in suffering. A suffering man's sadness often results from the fact that he "seems useless to himself". Faith in the salvific power of suffering in union with Jesus "transforms this depressing feeling."

The discovery of the meaning of suffering led John Paul II to experience suffering joyfully, even when it seemed beyond human strength. He did so in a spirit of service, not only offering up his sufferings for others but also treating his dying as the last catechesis. In "Salvifici Doloris," he wrote: "Christ gives the answer to the question about suffering and the meaning of suffering not only by his teaching, that is by the Good News, but most of all by his own suffering". John Paul II treated it in the same way, teaching the world with his own example that it is possible to suffer with dignity.
When the whole world watched as the Pope struggled to raise his hand to bless the crowd, his own words from 20 years ago came true: "When this body is gravely ill, totally incapacitated, and the person is almost incapable of living and acting, all the more do interior maturity and spiritual greatness become evident, constituting a touching lesson". 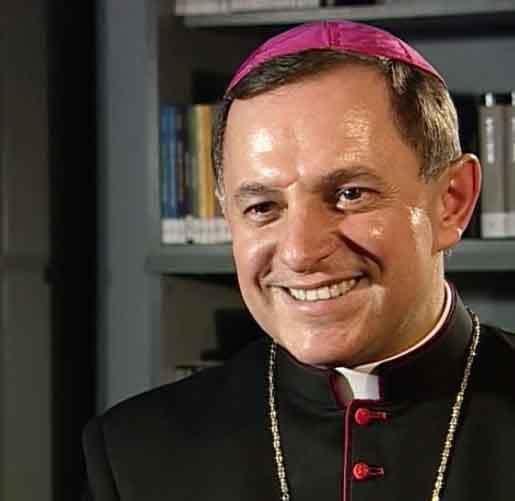 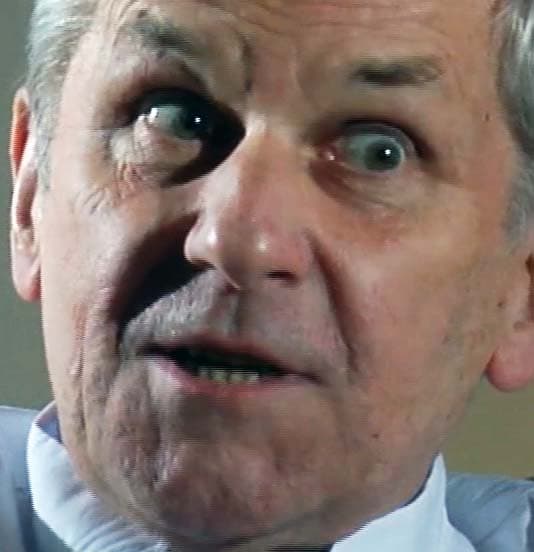