In the slums of Rio
The homeless in the Vatican
Papal teaching - different dimensions of poverty
Words of the Pope
> Publikacje JP2online> Praca i nauka społ...> The poor is our te...
Drag timeline

In the slums of Rio

Father Andrzej Rębacz tells the story of a papal ring left in Rio de Janeiro during a papal pilgrimage to Brazil.

The homeless in the Vatican

Thanks to John Paul II, the first "shelter for the poor" was established in the Vatican. The idea came from Mother Teresa of Calcutta who, during one of the meetings, suggested that the Pope set up a place where people in a crisis of homelessness can find support.  The house was opened on 21 May 1988. It is run by the Missionaries of Love.

Love for Christ cannot fail to awaken in us a deep love for the brothers. This and only this is where the whole meaning of the Gospel lies. It is not words but deeds that count," recalled the Pope during the opening of the House for the Poor in May 1988.

The attitude of sensitivity to the poor stems from the Gospel itself.  "Christ himself, in the poor, in a kind of full voice, refers to the love of his disciples", (the Second Vatican Council Gaudium et Spes, 88). This is what should inspire us to follow the example of Christ, who "being rich, for us became poor in order to enrich us with his poverty". (cf. 2 Cor 8:9).

John Paul II sees the way out of poverty above all in the option for the poor, which he sometimes called "preferential love for the poor". This is an invitation to see that poverty above all is a moral problem, not just an economic one. The essence of the "option for the poor" is to help people overcome poverty and take responsibility for their lives and the live of your community.
In his social encyclicals, such as Centessimus annus, Laborem exercens and Solicitudo rei socialis, John Paul II emphasized the important principle of the Church's social teaching, i.e. the universal distribution of goods. In short, the point is that the riches of the earth cannot be appropriated only by a certain group of people, because they are meant for everyone. Therefore, those who possess a lot have a duty to share with others. However, this does not release people and poor countries from the responsibility of taking their own initiative to overcome poverty.
The Pope also speaks of spiritual poverty, which consists in the lack of higher values in human life, as well as the deprivation of fundamental rights, such as freedom of religion, economic initiative or association.

Words of the Pope

"We fervently pray to be granted that Gospel wisdom which makes us understand the bond of love that links the poor to Jesus and to his disciples! Indeed, the divine Teacher uses the term "brother" to indicate the disciples and the poor, embracing them, as it were, in a single circle of love. Yes! For the disciple of Christ, the poor are brothers and sisters to be welcomed and loved, not strangers to whom we pay a few minutes of attention when necessary. The poor, then, are also our "masters"; they make us understand what we all are before God: beggars of love and salvation".
John Paul II, Vatican, 7 February 2004, Message to the friends of the Sant'Egidio Community 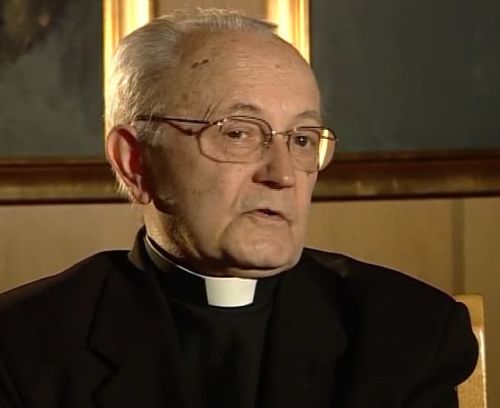