Invitation for the Millenary of the Baptism

In 1965 Polish-East German relations were tense. The GDR government did not acknowledge the western border of Poland established after the World War II. The Polish have not yet fully healed after the German aggression and the brutal occupation during the WWII. Despite that, Polish bishops decided to reconciliate.
It was at this time, that the Polish Church was preparing for the Millenary of the Baptism of Poland. A thousand years after Mieszko I, the first Polish ruler, got baptised and initiated the process of Christianisation of Poland. The culmination of the celebration would be a Mass on Jasna Góra on the day of 3rd May 1966. The Polish bishops decided to send invitations to episcopates of several dozens of countries. The hardest task was given to the Wrocław archbishop, Bolesław Kominek. He had to invite the German bishops.
The Letter was written on 18th November 1965. It was signed by the Polish Primate cardinal Stefan Wyszyński and cardinal Karol Wojtyła, who would later become John Paul II. The Letter of Reconciliation of the Polish Bishops to the German Bishops described the past millennium in Poland, singling out Polish-German relations. However, first and foremost it was a plea for forgiveness and an attempt at establishing dialogue in the spirit of the Second Vatican Council. Ending with words “We forgive and ask for forgiveness”, it raised many eyebrows in Poland, and the authorities were given an excuse to begin an anti-church campaign.
VIEW THE LETTER

The translation was made by the "Memory and Future" Centre from Wrocław, a translator. Jerzy Najdowski 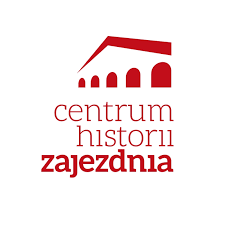 Not many Poles could understand the intent behind the Letter. The memory of German cruelty was still vivid. After the 1939 attack, Poland was filled to the brim with concentrations camps and extermination facilities, which were a place of demise for many a Polish citizen, mainly the Jews. The Germans carrying out this genocidal campaign killed off Polish intellectual spheres, and after the Warsaw Uprising in 1944, they razed the capital to the ground. Understandably, Poles had a hard time forgiving their western neighbours, and it had not occurred to them that they would have to ask for forgiveness. The communist authorities which were not on the best of terms with the Church, to put it mildly, began a brutal propaganda directed against the Polish Episcopate.
The Germans were not happy about this whole ordeal, either. The WWII had cost them a large portion of their north and eastern territories, specifically parts of Silesia, West Baltic Coast and Warmia and Masuria. In turn, leaders of the USSR, the USA and the UK during the talks in Teheran, Yalta and Potsdam decided that Poland would lose its easter territories to the USSR. The German land was supposed to compensate for that loss. In 1965 neither the authorities of the West Germany, nor its citizens were ready to accept that.

Polish Bishops did not avoid those tough subjects in the Letter. Though it does not lack kind words and thanks to the Germans for their positive impact on Polish culture, the harsh truth about the less colourful parts of the common history were still present as well. The Letter was the very first attempt at reconciliation between the two nations, in the spirit of Christian forgiveness. The answer from the German Episcopate (5th December 1965) was cagey, but the German Bishops responded with a request for forgiveness and asked for an approval of the wronged Polish people for “a new beginning”. The first steps towards rapprochement were taken.