War a Failure of Humanity
Origins of the Conflict
The Rush to War
The Voice of the Opposition
The War and Its Consequences
False Pretext
Poles against the Pope
> Publikacje JP2online> Dialog, tolerancja...> John Paul II on th...
Drag timeline

The terrorist attack on the World Trade Center and the Pentagon

U.S. President George W. Bush announces the end of military action as part of the invasion

US stabilization forces withdraw from Iraq

The civil war in Iraq and Syria against the Islamic State

War a Failure of Humanity

"NO TO WAR"! War is not always inevitable. It is always a defeat for humanity. International law, honest dialogue, solidarity between States, the noble exercise of diplomacy: these are methods worthy of individuals and nations in resolving their differences,” said John Paul II to the diplomatic corps at the Vatican on January 13, 2003, when the war against Saddam Hussein's regime in Iraq already started to fray. He tried every means at his disposal to stop U.S. President George W. Bush and his administration from a war he considered a threat not only to the Middle East but also to world order.

Origins of the Conflict

Saddam Hussein began to assert open control of the government in Iraq only to become a ruthless dictator since 1979. The following year, he launched an eight-year war with Iran, which devastated Iraq's economy - and to save it, Saddam Hussein decided to invade Kuwait in 1990. Since then, hostile relations prevailed between the U.S. and Iraq, and since 1998 the overthrow of Saddam became official U.S. policy - for the time being mainly by supporting organizations willing to remove the dictator.
In 2000, George W. Bush was elected president of the United States. From the very beginning, his Republican administration declared its interest in invading Iraq.
On September 11, 2001, 19 hijackers took control of four American commercial airliners.  Two hit the World Trade Center in New York City, one hit the U.S. Department of Defense headquarters, the Pentagon, and the last did not reach its destination thanks to the intervention of passengers. Nearly 3,000 were killed in the attacks. Al-Qaeda claimed responsibility for the attacks. At a conference on September 20, 2001, Bush declared "War on Terror"  and the doctrine of preventive war, under which the United States had the right to invade any country deemed a threat to U.S. security. In October 2002. U.S. Congress authorized the president to "use all necessary means" against Iraq. In fact, U.S. troops had already been operating in northern Iraq since July, organizing units of the Kurds, a national minority in Iraq, against Saddam Hussein's regime alongside the Americans.

The Rush to War

The Bush administration immediately after the attack began making accusations against Iraq for allegedly supporting the terrorist activities of al-Qaeda. It held off on attacking, however, desiring to gain UN support beforehand. In September 2002, Bush brought charges against Saddam Hussein's regime to the United Nations. The main accusation was that Iraq was storing weapons of mass destruction and working to develop them, including nuclear weapons. The UN issued a resolution ordering Iraq to let the inspectors in and to fulfill all disarmament obligations. Iraq accepted the resolution, and UN inspectors found no trace of WMD programs in Iraq by February 2003. On February 5, U.S. Secretary of State Colin Powell presented evidence to the UN General Assembly that chemical weapons laboratories existed in Iraq and that the Hussein regime could be linked to al-Qaeda. Powell attempted to convince the UN and the whole world that Saddam Hussein had hidden WMD stockpiles and laboratories from inspectors. In time it would turn out that all these accusations were false. Among the reasons for declaring war on Iraq, the Americans also cited a desire to change Saddam Hussein's criminal regime and introduce a democratic system, eliminate terrorist networks in the land, restore international peace, and improve the country's economic situation.
Europe and the world divided into supporters and opponents of the war. Germany, France, and Russia were the main protesters; the United States' allies included Great Britain, Australia, Spain, and Poland. The UN support was not forthcoming, but the United States decided to strike without international authorization. On March 17, 2003, Bush gave Saddam Hussein and his sons 48 hours to leave Iraq.

The Voice of the Opposition

After the attack of September 11, 2001, John Paul II condemned terrorism in strong terms, but at the same time he made intensive efforts not to link Islamic terrorism unreflectively with Islam and Muslim culture. In that way, he wanted to save the world from the conflict of civilizations and ensure that the fight against terrorism would not be perceived in the Muslim world as another crusade. In September 2001, he traveled to Kazakhstan, where he expressed the Catholic Church's "respect for Islam, authentic Islam." He also warned against extending responsibility for acts of terrorism from individuals to entire nations. He was not only driven by a desire for justice, but also by a concern for world peace - a war treated as retaliation, rather than as a just defense, would certainly be a pretext for another retaliation, which must inevitably trigger "a spiral of hatred and violence." "Is it worth upsetting a billion Muslims?,” asked Vatican Secretary of State Angelo Sodano rhetorically.
As early as the autumn of 2001, John Paul II called for fasting and prayer for world peace. On January 24, 2002, a meeting was held in Assisi during which representatives of various religions prayed for world peace and jointly condemned terrorism. The largest non-Christian group at the meeting was Muslims. Another Day of Prayer and Fasting for World Peace was proclaimed by the Pope on March 5, 2003, just before the outbreak of war.
Papal diplomacy following the announcement of the doctrine of preventive war in 2001 left no doubt about the Holy See's assessment of it. In the light of Church teaching, preventive war could not be considered legitimate. First of all, it was neither a defensive war nor a war supported by international authority, and only such could be considered by the Church as so-called "just wars." Another condition was the conviction that the decision to go to war would not lead to an even greater evil than its omission. According to the Holy See, the adoption of the preemptive doctrine threatened not only the Middle East but could destabilize "all international relations." Time was to show that the tragedy wrought by the war in Iraq turned out to be greater than the most ardent pacifists could have predicted.
John Paul II's primary diplomatic line became reliance on the authority of the United Nations. On February 18, the Pope met with the organization's Secretary General to discuss the case of Iraq. John Paul II emphasized the need for both sides to abide by UN resolutions. Otherwise, "the temptation arises in people to believe less and less in the usefulness of dialogue," he warned. He was indirectly pointing out the hypocrisy of the U.S., which was willing to punish Iraq's resistance to the U.N. in defiance of the U.N.

In February 2003, the American Ambassador to the Holy See organized a symposium at the Vatican to convince John Paul II to bless the war in Iraq. However, no such thing happened; on the contrary, in the Pope's eyes, the Americans with their theory of preventive war became "a new danger that threatens peace and which must be reported in the light of the social Christian order."
Instead of endorsing American policy, in February John Paul II undertook an intensive campaign for peace. In three weeks, he met with six politicians or activists, including U.S. allies British Prime Minister Tony Blair and Spain's José Maria Aznar, as well as senior representatives from Iraq and Iran. He also sent representatives to George Bush and Saddam Hussein. Saddam's reaction is unknown, while Bush, according to media reports, put the letter down on his desk without even reading it.
To the very end, John Paul II tried to point out to world public opinion the threat of war in the Middle East. During the Angelus prayer on March 16, 2003, he predicted the extremism that would be spawned by the aggression of Western countries. A day later, Bush issued an ultimatum to Saddam Hussein, and three days later the war officially broke out.

The War and Its Consequences

Coalition troops, consisting of about 250,000 American troops, 45,000 British troops, 2,000 Australian troops and nearly 200 Polish troops, advanced on Iraq from Kuwait. After three weeks they reached the capital of the country, and on April, 9 it was formally under the control of American forces. The official seizure of power throughout the country was announced. The progress of the ground troops was accompanied by bomber raids. Estimates of those killed in the war vary widely, but at least several thousand Iraqi civilians have been killed in hostilities.
The Americans expected an Iraqi rebellion against Saddam Hussein's regime. Indeed, part of the population welcomed the Americans with enthusiasm and participated in the toppling of monuments of the defeated dictator. However, it soon became apparent that the majority of the population, including Saddam Hussein's opponents, viewed the Western coalition as invaders. On May 1, 2003. George W. Bush publicly announced that combat operations in the invasion of Iraq were over. Instead, more wars began: guerrilla wars against the invaders and civil wars between groups seeking to take power.
Saddam Hussein based his reign in Iraq on the Sunni minority. The Shiite majority came to power after the American invasion. Sunnis began to be discriminated against and the government was accused of organizing massacres of Sunnis. Large-scale religious conflict ensued. Every year thousands of people were killed in terrorist attacks. The main victims were Iraqi civilians. The persecution of the Christian minority was also unleashed. From 2003 to 2015, the number of Christians in Iraq decreased three times, from 1.5 million to 0.5 million people.

The American administration has also begun to reveal an unknown face. Photos from Abu Ghraib prison, where American personnel abused prisoners, circulated around the world. There were killings of civilians by American soldiers. Allegations of beatings, torture, or sexual assaults also arose against British soldiers.
The war in Iraq also resulted in a humanitarian crisis, the level of malnutrition increased dramatically, most Iraqis had no access to drinking water, in the north of the country there was an outbreak of cholera. By 2006, half of the doctors had left the country. Over 4 million residents had to forcibly relocate; another 2 million left Iraq permanently.
The casualties of this war are hard to count. As a result of hostilities, assassinations and other effects of the provocation of war, according to various estimates, from about 100,000 to more than a million people died. And this was not the end of Iraq's nightmare.

After the withdrawal of American stabilization forces from Iraq in December 2011, the situation was far from stable. The Americans found no trace of Saddam Hussein's weapons of mass destruction development program or of his links to al-Qaeda. They failed to establish a stable democratic system or bring about economic development in the country. The greatest failure of the Americans was in their fight against terrorism. They had provoked terrorists to act on a scale never seen before. In December 2013, another conflict broke out. The Islamic State, a radical Sunni terrorist organization, took control of more and more territory in Iraq and Syria while committing acts of murder in conquered towns. For the next four years, Iraq was plunged into war.

Poles against the Pope

John Paul II failed to convince world leaders to renounce military action. It is significant that even in Poland, where John Paul II's influence seemed so great, his resolute struggle for peace in the Middle East found little resonance. The vast majority of the political elite supported the American drive for war. All major political forces agreed to participate in the war and stabilize Iraq: the ruling coalition and the two largest opposition parties. The Polish military fielded the third largest army in the coalition occupying Iraq with the support of influential media, including Catholic media. 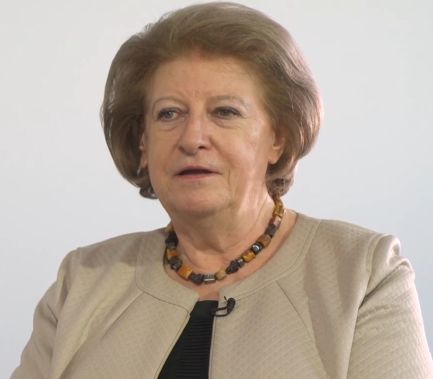