The Polish shape of freedom
The gate to freedom
> There's no freedo...

The Polish shape of freedom

The first three pilgrimages contributed to the dismantling of a system that violated political freedom and freedom of conscience.
John Paul II's 1987 pilgrimage to Poland was a breath of hope for his countrymen living behind the Iron Curtain. The Pope visited the Coast, where the Solidarity movement was born. In Gdańsk, the Pope emphasized the importance of the dignity of working people. In addition, he referred in his words to the deeper meaning of the word "solidarity" as a value and attitude towards others.The altar designed by Marian Kołodziej resembled a ship, and the Pope gave a homily standing as if on a captain's bridge. .
Two years later, in 1989, there were bloodless systemic changes in Poland and in the whole of Central and Eastern Europe. It started with Poland, and then the Berlin Wall fell.
John Paul II's subsequent pilgrimages to his Homeland paid more attention to the development of spiritual freedom, internal through living according to God's commandments. The Pope spoke about making good use of the gift of  freedom.
Listen to the words of the Pope from Gdańsk-Zaspa on the importance of human solidarity (on Polish, the translation below).

“Bear one another's burdens” - this concise sentence of the Apostle is the inspiration for interpersonal and social solidarity. Solidarity - means: one and the other, and if burden - then a burden carried together, in the community. So never: one against another. Ones against others. And never a “burden” carried by a human on his or her own. Without the help of others. Fighting cannot be stronger than solidarity1. The program of fighting cannot be above the program of solidarity. Otherwise - too heavy burdens emerge. And the distribution of these burdens increases in a disproportionate way. Even worse: if we say: first “fight” - for example in the sense of class conflict - very easily the other person, or the others remain in the “social arena”, above all, as enemies. As those, who have to be fought, who have to be destroyed. Not as those with whom agreement should be sought - with whom, together, we should invent ways of “bearing burdens”. “Bear one another's burdens.”

The gate to freedom

In June 1996 the Pope visited Berlin, a city that had been divided for decades by a barbed-wire wall. "The walls and ominous borders divided people. In this situation, the Brandenburg Gate witnessed the day in 1989 when people broke up and rejected the yoke of oppression. The closed Brandenburg Gate stood there as a symbol of division; when it was finally opened, it became a symbol of unity and a sign that the provisions of the constitution, which stated the desire to unify free and sovereign Germany, had been fulfilled. So it can be said that the Brandenburg Gate became the gate of freedom.
In this symbolic place, at the Brandenburg Gate, the Pope appealed for freedom: "May this appeal also reach those nations that are still denied the right to self-determination, those many nations, and there are indeed many of them in which the fundamental freedoms of the individual, faith and conscience as well as political freedom are not guaranteed.
John Paul II referred to the deeper meaning of freedom, which must be based on the values and ethical attitudes. He stressed that "man is called to freedom" and indicated its four important foundations:
1.    Truth. Freedom does not mean arbitrariness, nor unlimited privileges. "Man's free creative forces will only develop to the full if they are based on the truth, which is given to every man as an unshakable foundation. Only then will he be able to realize himself fully and even outgrow himself. There is no freedom without truth".
2.    Solidarity. Freedom is not only individual, it cannot be separated from the freedom of others. "Freedom experienced in solidarity is expressed in action for justice in the political and social fields, and directs the gaze towards the freedom of others. There is no freedom without solidarity".
3.    Sacirfice. Freedom, both personal, internal and political, must sometimes be fought for. "Freedom is an extremely precious value, for which a high price must be paid. It requires generosity and readiness for sacrifice; it requires vigilance and courage in the face of internal and external forces that threaten it (...). There is no freedom without sacrifice".
4.    Love. Finally, freedom is based on the spirit of love, justice and peace. "Leave the gate open by opening your hearts! There is no freedom without love". - the Pope appealed. 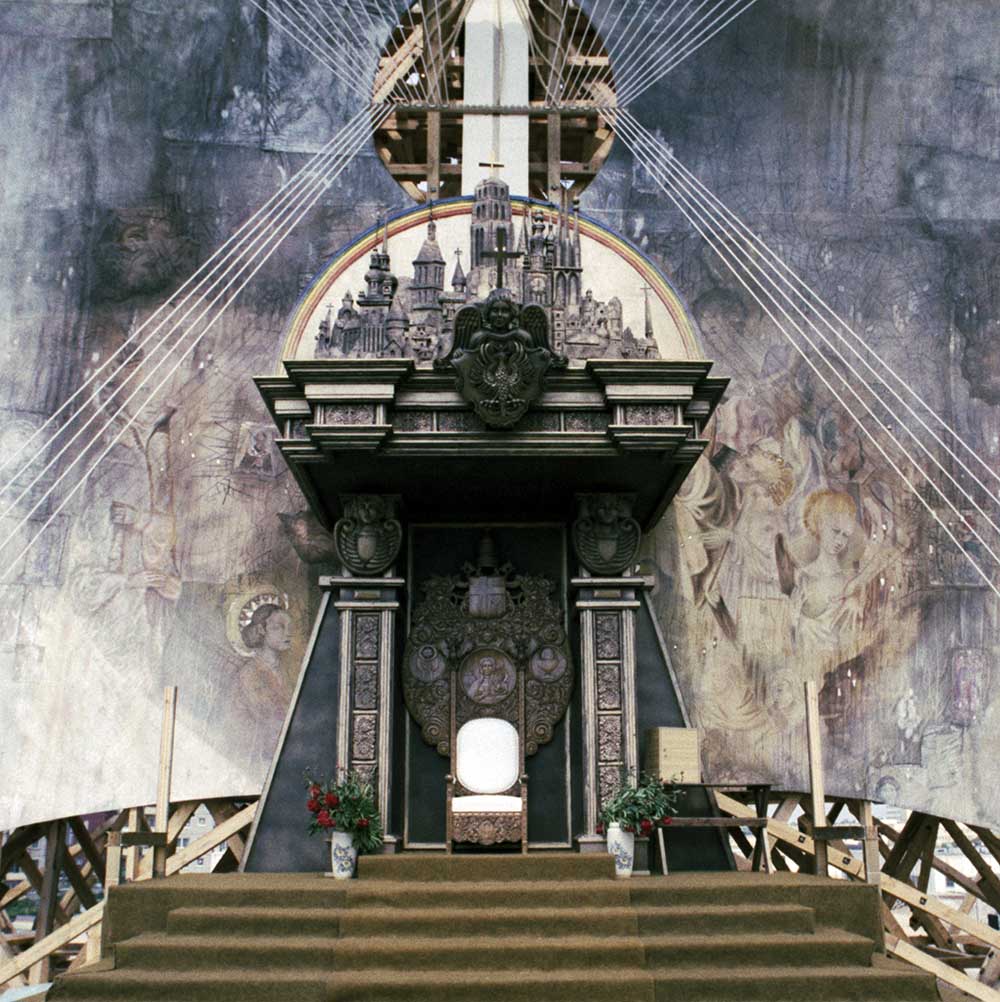